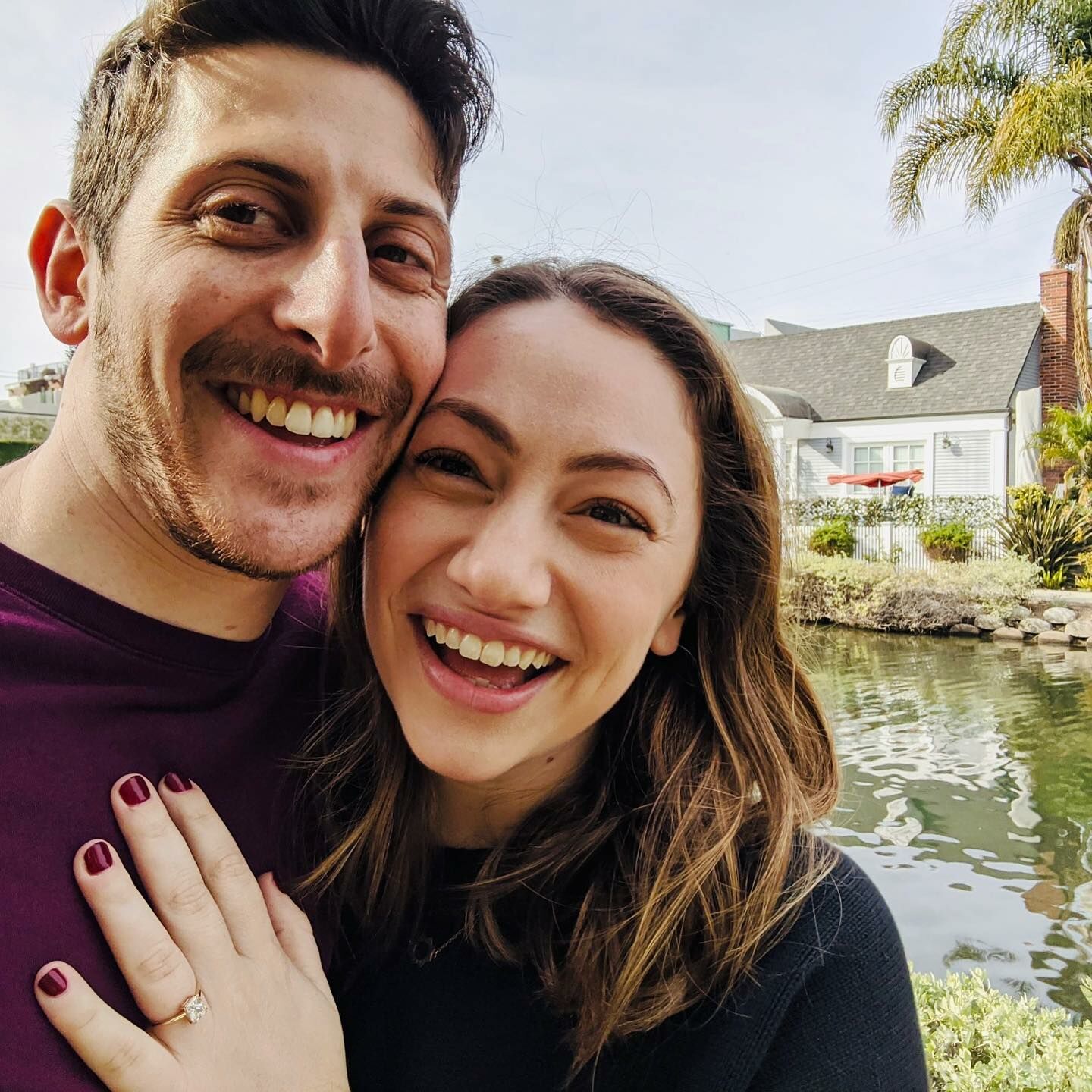 The year was 2015. Greg was working on the TV show Fresh Off the Boat. One day his co-worker, Diana, told him “My friend just moved back from the bay. She’s Jewish. You should call her.” Greg heeded Diana’s advice and called her. “Her” was Jackie. Jackie was a little surprised to get a phone call because, as previously mentioned, it was 2015 and people didn’t use phones to call each other anymore. Regardless, Jackie and Greg agreed to meet up for drinks at The Wellesbourne on December 11th, 2015. It was at The Wellesbourne that Greg and Jackie discovered they both liked to talk. A lot. In fact, they didn’t shut up until the bar closed. They rather enjoyed not shutting up in one another’s presence and they continued to do so quite often in the months that followed. On February 6th, 2016 the couple that would become known as “Grackie” was first featured in the tabloids (Facebook) after they were seen together at the UCLA School of Law Barrister’s Ball.

Jackie and Greg continued to date and, after a few years, developed professional “the grass is always greener” syndrome, so they decided to switch places: Jackie graduated from law school at UCLA while Greg decided to enroll there to get his MBA. In fact – Greg received his acceptance call at Jackie’s graduation! Some might consider these big, or even stressful, life changes. But Jackie and Greg laughed in the face of their respective challenges and decided to up the ante by moving in together. The same week Jackie started studying for the bar exam. Fortunately, both parties emerged with their sanity intact.

On December 11th, 2019 – exactly four years after their first date, Greg and Jackie made plans to celebrate their anniversary with an extra special dinner. Before heading out, Greg wrapped Jackie in a hug. But it wasn’t just a hug! It was also a pat-down, as Jackie proceeded to check every one of Greg’s pockets for a ring box. Alas there was no ring to be found. But a mere ten days later was another story.

On December 21st, Greg slyly asked Jackie to get lunch and go for a walk on the Venice canals (in L.A., not Italy). Being that this was not at all an ordinary activity for them, Jackie was extremely suspicious. They decided to go to lunch first, but Jackie knew sitting through lunch wondering if she would be proposed to would be a unique form of torture, and on the way decided they should go to the canals first. Mere moments later, the restaurant Greg had secretly made dinner plans at called to confirm, but he pretended it was a wrong number. Greg is obviously a very smooth operator.

Once they arrived at the Venice canals, Greg looked for the perfect (and private) spot to pop the question, but every bridge was occupied by camera-wielding tourists. After a while, Jackie began to think Greg wasn’t planning to propose after all, and started heading back towards the car so they could get lunch. Fortunately, on the way back Greg found a perfect place, got down on one knee, and asked Jackie to marry him. At least they think he did. Neither of them can actually remember what Greg said -- Greg was too hopped-up on adrenaline to know what was happening, and Jackie had a front row view of Greg unwittingly opening the ring box upside-down and was terrified the ring would fall into the canals. But hey – it didn’t! And they’re both pretty sure Jackie said “yes,” and want all of you to watch them get married. Huzzah!